Carbon Fibre Reinforced Polymers (CFRP) applied according to the Near Surface Mounted (NSM) technique are known as capable of increasing the ultimate flexural resistance of Reinforced Concrete (RC) elements, but for Serviceability Limit States (SLS) the load increment it provides is, in general, relatively limited. Recently, researchers are giving attention towards the possibility of applying prestressed NSM-CFRPs to increase significantly the load carrying capacity of RC elements at SLS. As it is common knowledge, introducing prestress in a RC element produces an initial stress distribution, whose primary effect is, in the case of RC beams, the development of an initial deflection, typically in the opposite direction of loading. This initial stress field is the key factor that triggers most of the benefits of this technology, such as the delay in crack initiation and in steel yielding initiation. In this paper, the results of an experimental program consisting of a series of full-scale RC beams flexurally strengthened with NSM prestressed CFRP laminates up to four different levels (20%, 30%, 40% and 50%) will be presented. The experimental program is described and the main results are presented and discussed. 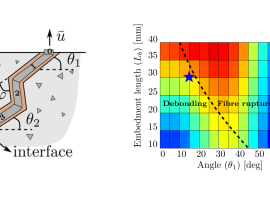 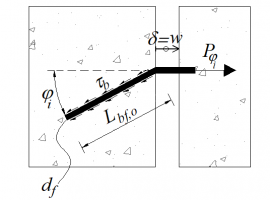